Radon: Is it Under Your Feet?

My project is an engineering project with the goal of building a radon detector. I hope to build an accurate radon detector for a lower cost than a store-bought detector. I would consider it accurate if it has a coefficient of determination value of 0.8 or higher compared to a store-bought detector. Being able to construct a good radon detector for a lower cost would be useful so that people can know if they need to install a ventilation system in their homes. Also, the detectors are usually only used once or twice, so why would someone want to spend $200 on a product when they can make something that gets the job done for only $60 plus tools such as a multimeter and soldering iron?

For my project, I started by building the radon detector. To do this, I put a transistor with an extended base lead through the bottom of a large opened can. I also attached the other two leads to a battery and a resistor. This part measures the radiation from the collector, which pulls the radon from the air. For the collector, I attached a fan to a soup can with some tissues on the end to collect household radon and its decay products. Then I set it up and tested it to see if it works. Next, I made improvements and fixes to it and tested it again because the orginal wasn't that great or functional.

Circuit schematic of the radon detector

Hover (or tap) to enlarge

My first model did not work too well, but the second was semi-functional. At the beginning, it worked as expected, but later on it lost accuracy likely due to changes in ambient radiation from coal. Then I constructed a twin to version 2, but kept it from changing enviroments, in a coal-less house. It worked the whole time, while the other slowly regained accuracy. My fourth model was made with a smaller can, so that it was eaiser to use, but it was clearly inaccurate.

Pictures of my devices: 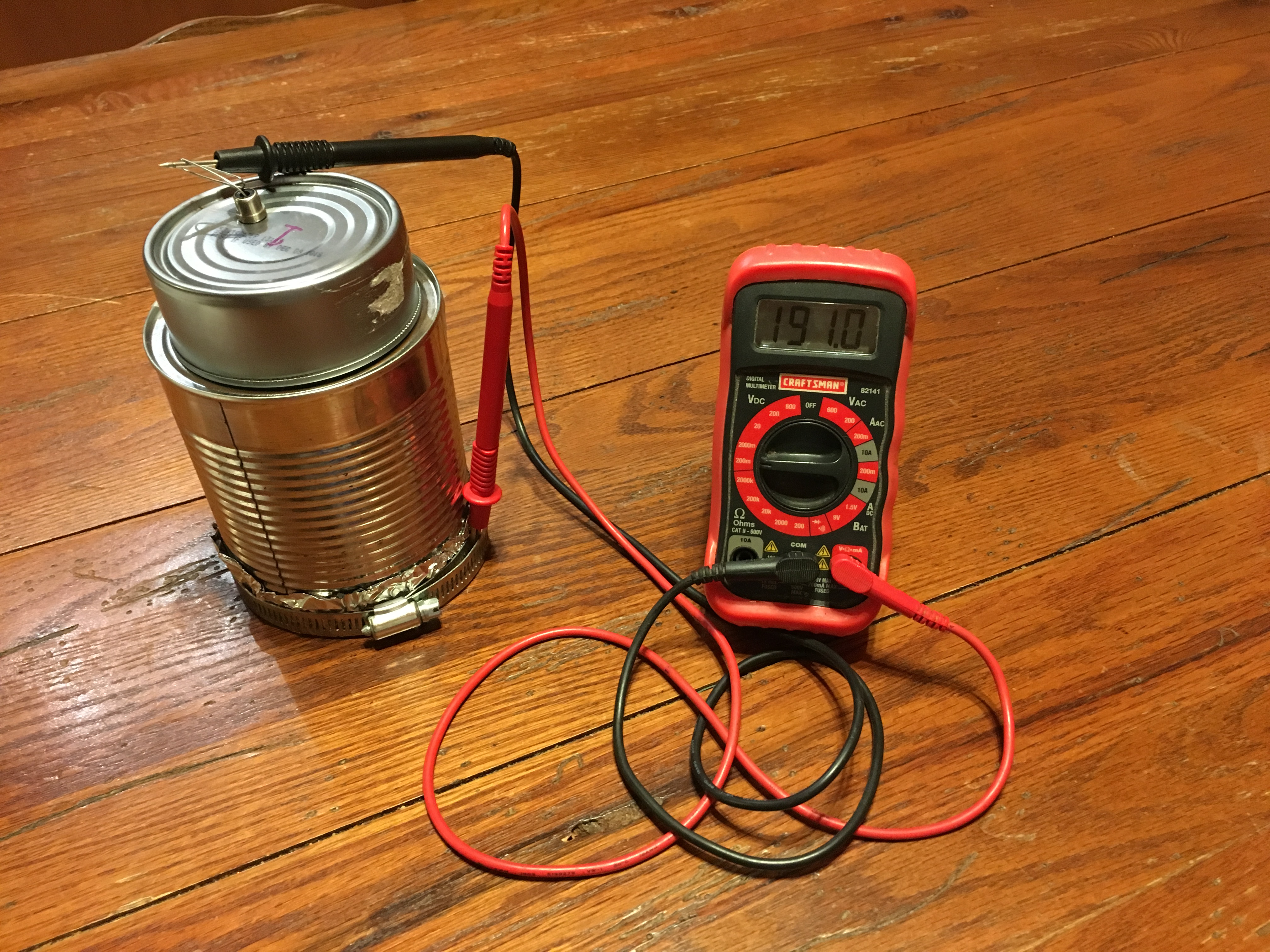 The detector taking an ambient reading. 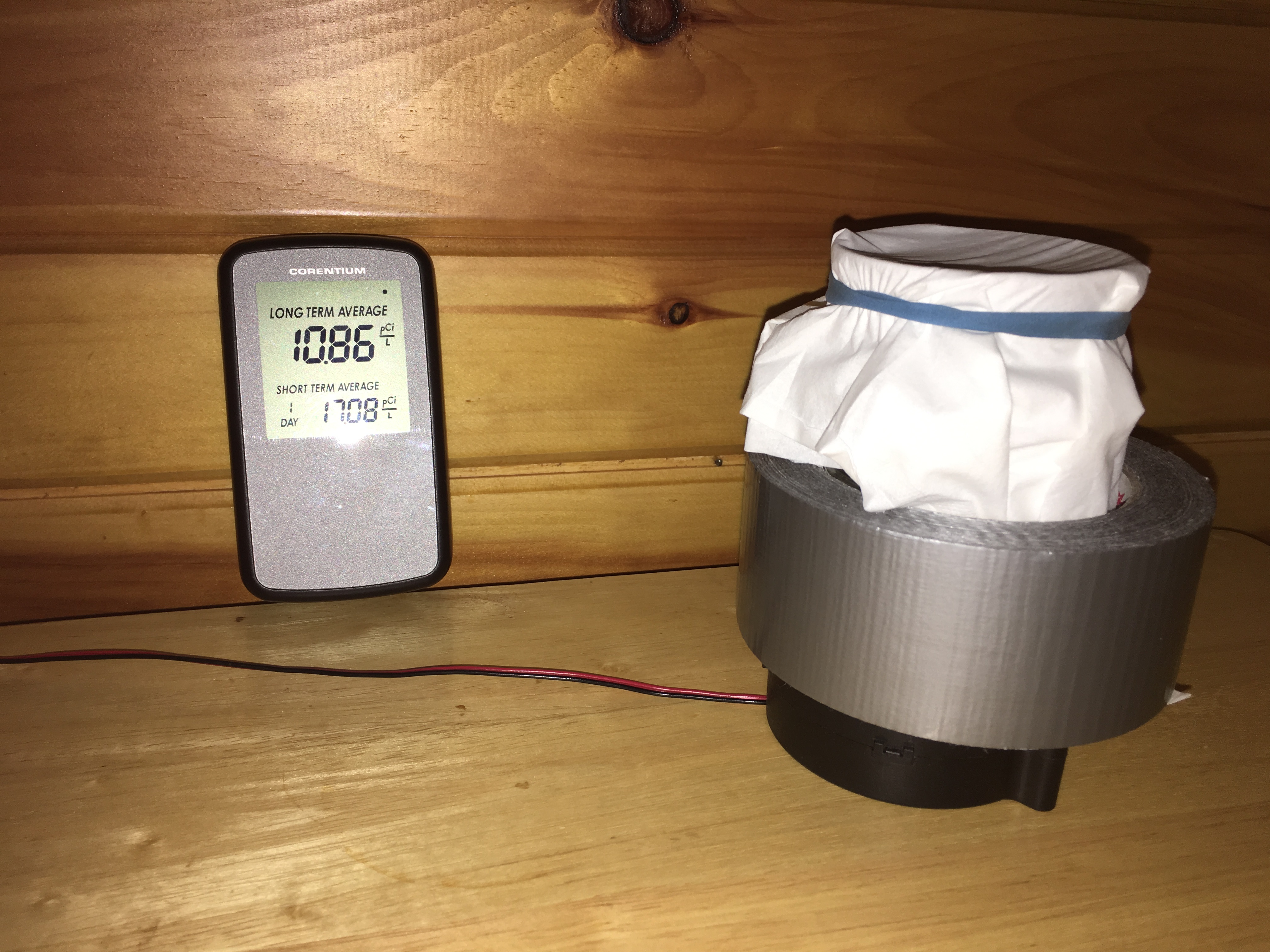 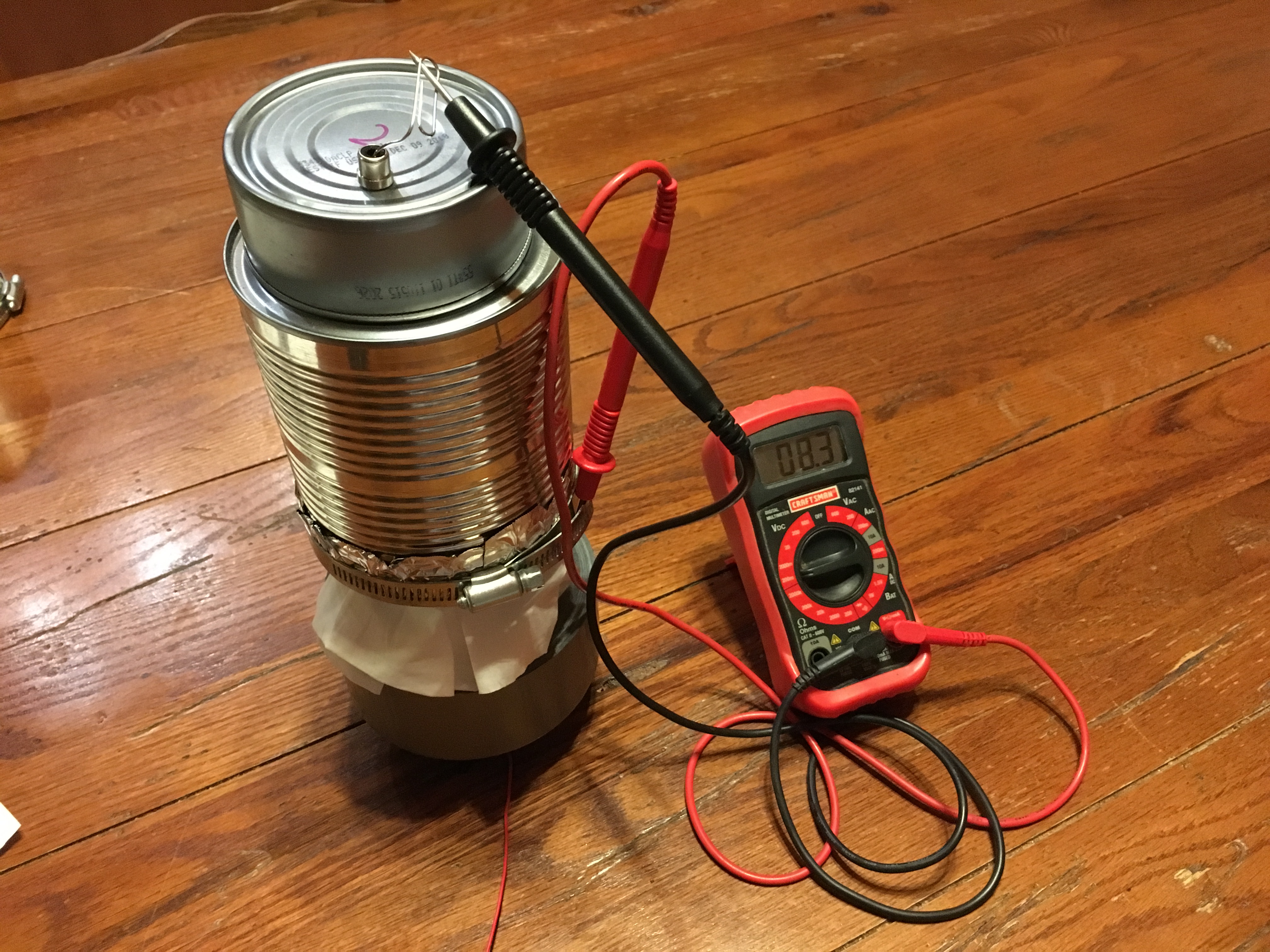 The detector taking an ionized reading. 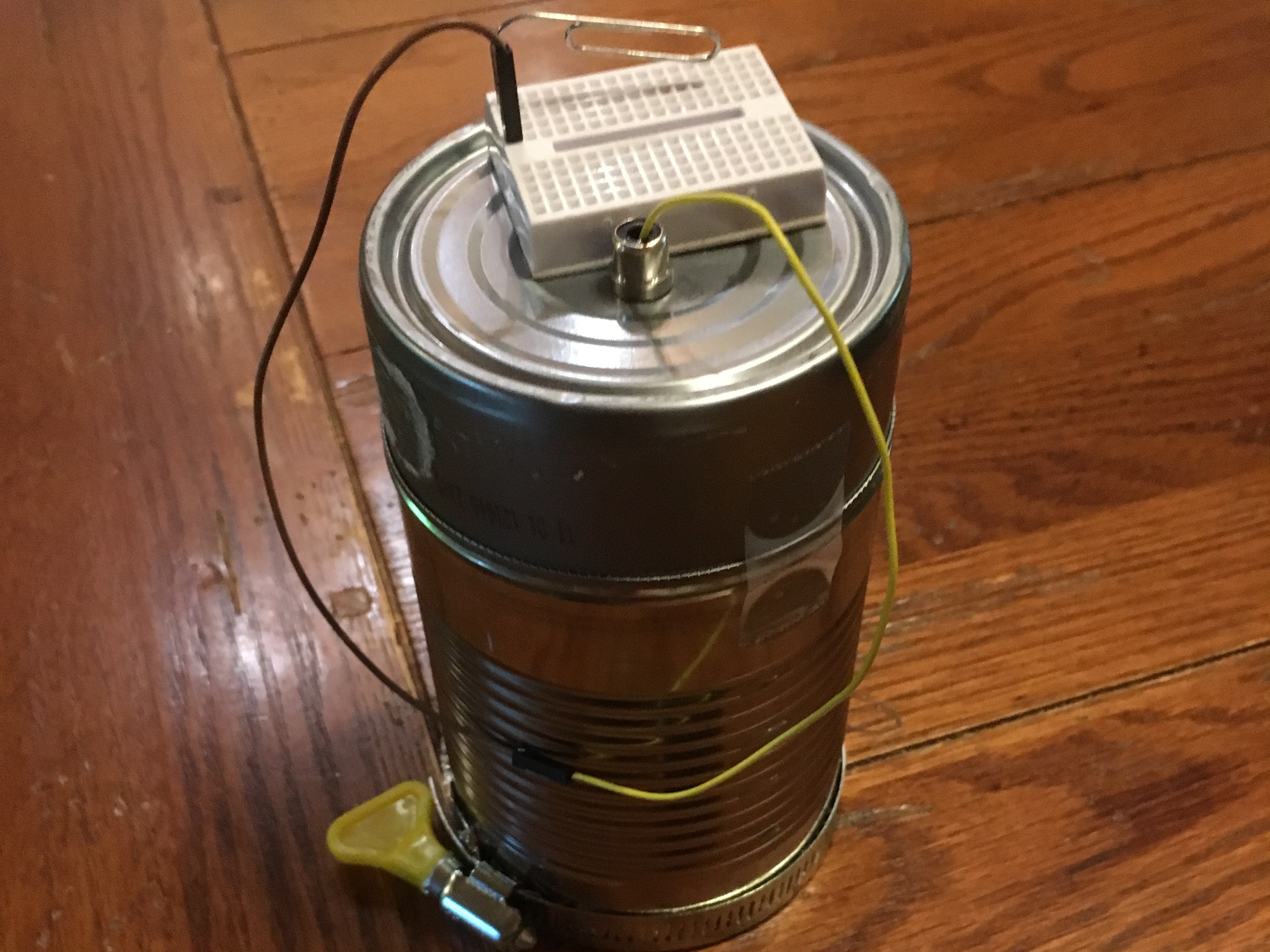 To make my graphs, I used the ∆V from my 2-3 data points daily and averaged them together for the dependant variable of my graphs. For the independent variable, I used the radon measurements from the commercial detector. I then had R2 calculated, which then represented the accuracy of my detector as a percent correlation to the commercial readings

Graphs of my data:

My first set was just a mess.

Then it was split into three

My goals were to make a radon detector for at most half of the cost of a store-bought detector, and for it to have a R2 value of .8 or higher. I have met both of these goals for two of my detectors. The detector that I built only cost about $31.77 in consumable parts, while the official detector cost $199.99. I was able to build my detector for 16% of the cost of the commercial detector. Also, two of of my detectors started out with a R2 value over .8 before the one detector got contaminated and started becoming inaccurate. They had values of .92 and .87, which are both greater than .8. However V 4, the smaller can, had a failing value of .54.